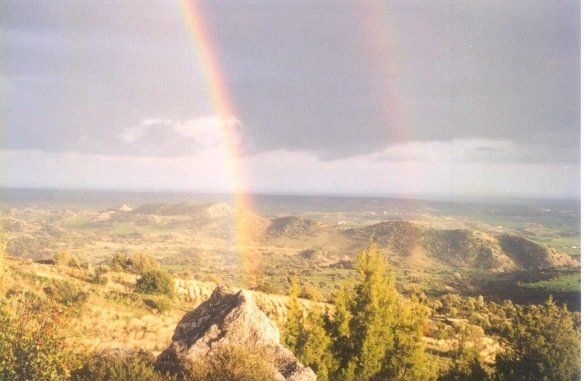 From the top of the castle the view is splendid. The whole range of mountains on the southern shore of Caramania stretching for many miles lies before you. Some of the more distant and higher peaks are covered with snow, but there is not so much as there is sometimes. A castle on the seashore also struck the eye. Towards the east we see nearly to the extreme end of the island, which is itself hidden by some small boring hills. We strained our eyes to see Mount Lebanon but failed of our object. The valleys of Carpasi lay at our feet on each side of the mountain and at first view it seemed as though it would not be difficult to throw a stone to the northern shore. The plains and the hills had a singular appearance and evidently there was a gradual descent from a point half way up the mountain to the sea, when we left out of view the intervening valleys between the hills and the table land.