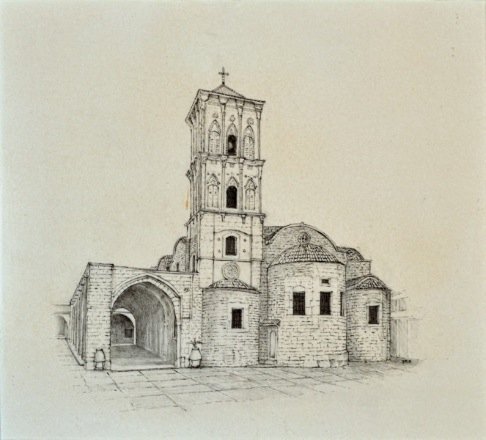 The American Lorenzo Warriner Pease followed what went on between the Swedish consul and the Bishop of Larnaca:

The Bishop has recently made a deacon of St Lazarus priest, for which he demanded 3000p of which the Archimandrite received 300p. It seems that Mr M. Peristiani the Swedish consul was made mediator to reduce the latter amount. He accordingly begged for some time and the Bishop gradually came down from 300 to 250 and even 200 but insisted on receiving that amount, as by established usage, it was the Archimandrite’s. Mr Peristiani however sent only 150p. The Bishop returned it declaring he must have 300. The former took his stand out of St Lazarus and when it was put in again, he ordered it to be again taken out. He seems to forget that the days of his father’s power are gone and he can no longer do what he then could. And although he seeks popularity in various ways, yet he does not seem to have friends enough to help him out of the scrape.