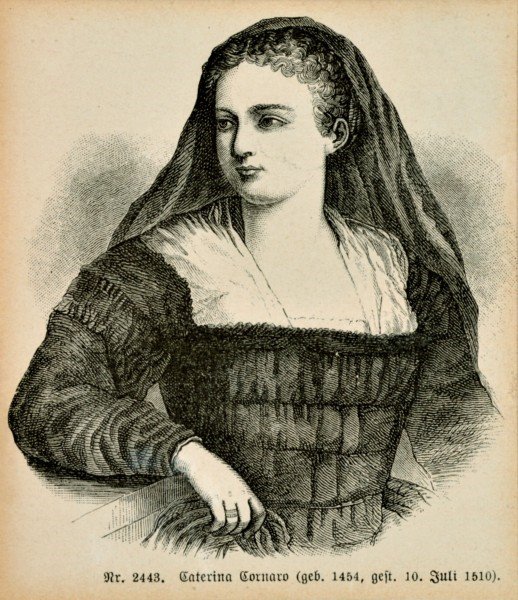 Terence Mullaly describing the advance of Maximilian’s troops on Asolo and the message Caterina Cornaro gave to the people of Asolo:

By February 1509 Maximilian’s troops were advancing on Asolo and she withdrew to Venice. Life still went on and in the spring Caterina held a reception for the marriage of a relation, but by 2nd June the army of Maximilian was close to Asolo. The consiglio Cittadino appointed five counsellors and gave them full powers to do what was necessary to guard public order and to defend Asolo against the enemy. It was unavailing. On 7 June Maximilian’s banner was raised over Asolo castle. Then, on 13 June Caterina wrote to the Sindaco and the people of Asolo telling them to be ‘di buon animo, che per la gratia de Dio non siamo fora da speranza’. The words were brave but Caterina was impotent. It was nothing new for her. The world of Gli Asolani must have seemed distant. By 13 July all the territory of Asolo was occupied by the Imperial troops, who looted and pillaged the countryside.