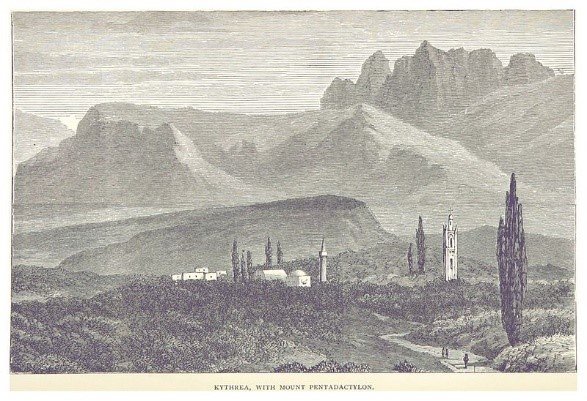 At Kythrea there really seems to be a Neolithic settlement with first-rate round houses, 3 – 4 of them. Some ceramics have turned up of a type so far difficult to interpret, and wonderful flint tools in conjunction with these. I do not really know where I should place the Kythrea settlement but it is probably much later than Petra but earlier than the one at Lapithos. Nothing can really be said yet with any certainty after only a few days. I will write more later. On Thursday next week I expect Einar and Erik home, and then it is off to Larnaca for a few weeks. Then to Amathūs!