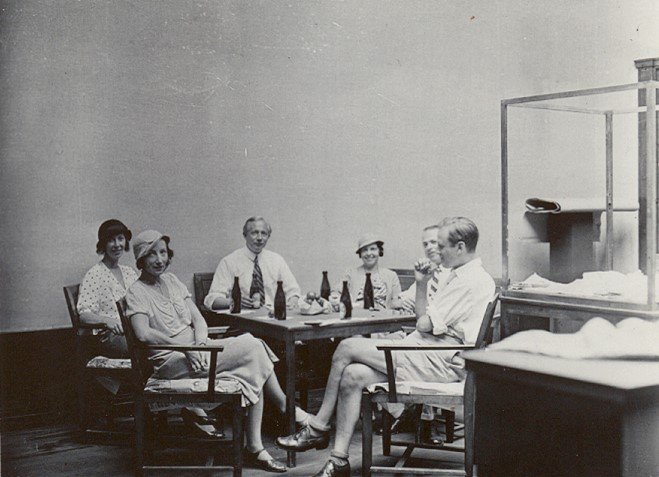 Swedish Archaelogist Alfred Westholm celebrated Christmas and Boxing Day together with the rest of the Swedish Expedition since all were away from home and in a foreign land:

Nicosia. Second-day Christmas.  Christmas is over now, and our already established traditions were followed meticulously. The Christmas table with dip-in-the-pot early in the day. Afternoon coffee with the Christmas tree in the sitting room. It was John’s turn this year to play “the dear jolly Father Christmas”. He succeeded brilliantly and Martin did not suspect a thing despite his 8 years. The handing out of gifts was just as fun as always. The children shouted incessantly in delight and one and all were filled with joy. How could it be otherwise, with all the preparations that Vivi had made. The only thing we could help with were the decorations in the rooms and on the Christmas table. Of my gifts I can mention, besides the little presents from the children, I received a really magnificent gift from Einar, one of Beethoven’s quartets for gramophone, from Vivi the most beautiful silk scarf on Cyprus (collar protector?) to have around my neck under my overcoat, from Erikos a volume on Cyprus’s medieval architecture, and from John a series of beguilingly beautiful enlargements of Cyprus photographs. But even better than all these gifts was, in any case, to see the children’s unbridled delight at everything!