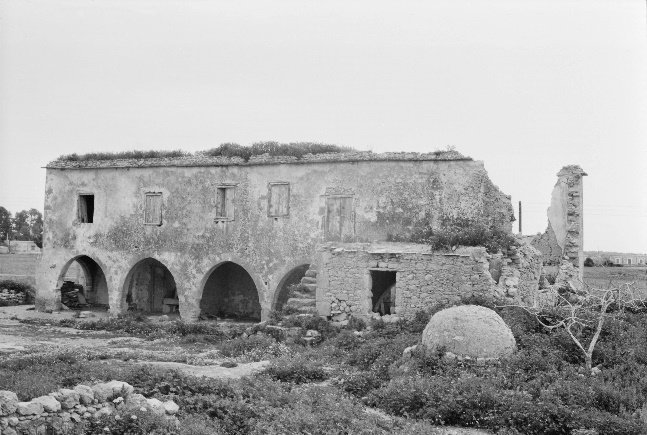 Sir Samuel White Baker British officer and explorer made notes of his travels in the Karpass area and his visit to the church of Kanakaria:

…after a march of about ten miles through a lovely country we ascended to the plateau of Lithrankomi and halted at the monastery. The priest was an agreeable, well-mannered man, and as rain had begun to fall he insisted upon our accepting his invitation to await the arrival of our luggage under his roof. We visited his curious old church, which is sadly out of repair, and the mosaic, of a coarse description, which covered an arched ceiling, has mostly disappeared. This was the most agreeable position that I had seen in Cyprus… From the flat pine-covered tableland I had a very beautiful view of the sea on either side this narrow portion of the island, and of the richly-wooded slopes both north and south, cut by deep and dark water-riven gorges, with white cliffs which descended to the shore. Villages and snow-white churches lay beneath in all directions, and the crops had a far more favourable appearance than those of the Messaria, as this portion of the country had experienced a superior rainfall.

It is much to be regretted that the total absence of roads excludes this district from general communication… For the last two months I had cordially detested Cyprus, but I was now converted to a belief that some portions of the country were thoroughly enjoyable, provided that a traveller could be contented with rough fare and be accustomed to the happy independence of a camp-life with a good tent and hardy servants.