Sir Samuel White Baker, author and traveller who spent many months visiting Cyprus, observed his surroundings near the Monastery of Trooditissa 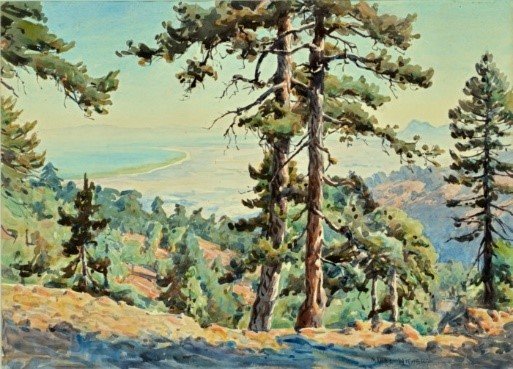 Sir Samuel White Baker, author and traveller who spent many months visiting Cyprus, observed his surroundings near the Monastery of Trooditissa:

On arrival at the top of the ridge above the monastery the view was superb. We looked down a couple of thousand feet into the deep and narrow valleys rich in vineyards; the mountains rose in dark masses upon the western side, covered with pine forests, which at this distance did not exhibit the mutilations of the axe. At this early hour the sea was blue and clear, as the sun had not yet heated the air and produced the usual haze which destroys the distant views: and the tops of the lower mountains above Omodos and Chilani appeared almost close beneath upon the south, their vine-covered surface producing a rich contrast to the glaring white marls that were cleared for next year’s planting. The top of Troodos was not visible, as we continued the ascent along the ridge, with the great depths of ravines and pine-covered steeps upon either side, but several imposing heights in front, and upon the right, seemed to closely rival the true highest point.