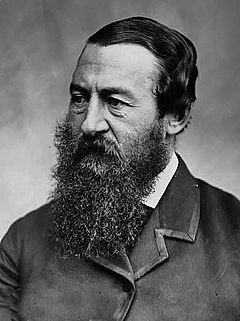 Sir Samuel Baker gives a lively description of the way he travelled within the island of Cyprus:

We left Larnaca for Nicosia on 29th of January. A native two-wheeled cart conveyed the tents and superabundant luggage. The oxen made no difficulty, and the gipsy-van rolled easily along. An enterprising photographer, having posted himself in a certain position near the highway, suddenly stopped our party, and subsequently produced a facsimile, although my dogs, who were in movement, came out with phantom-like shadows.. These useful companions were three spaniels “ Merry”, “Wise”, and “Shot”, the latter had a broken foreleg through an accident in the previous year, but he was an excellent retriever and could work slowly The others were younger dogs, whose characters were well represented by their names; the first was an untiring, determined animal, and Wise was a steady hunter that could face the worst thorns and was a good retriever.