Sir Garnet Wolseley made arrangements for sending away prisoners 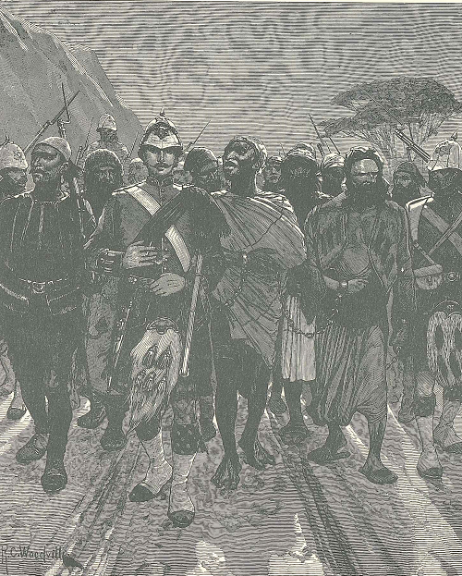 Sir Garnet Wolseley made arrangements for sending away prisoners:

The convicts, 266 in number started early this morning for Kyrenia under a guard composed of about 100 Goorkhas and about 50 Turkish troops and some Zapieths. Baker Russel in command of the party, with Gifford, M’ Calmont and Stevenson as staff officers to help him. The prisoners being tied, with ropes, together in groups of four, their chains being taken off. The chains were carried on camels and will be replaced on reaching Kyrenia. I had a party of 40 R.E. on duty all night in the Konak lest any attempt should be made to escape. Hay telegraphs to say he will embark them at once, so I really feel a great weight off my mind and can now set to work in the earnest to organize my Police Force.