Sir Garnet Wolseley, first High Commissioner to Cyprus, was about to receive his wife on the island 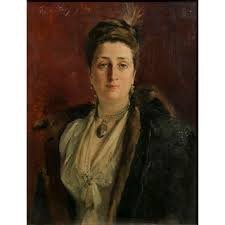 Sir Garnet Wolseley, first High Commissioner to Cyprus, was about to receive his wife on the island:

I had expected the “Salamis” to arrive early in the forenoon, but she did not appear until about 3.00pm. I had a ride round old Larnaca in the forenoon and inspected some of White’s improvements and discussed with him his new projects. I went on board the Salamis, just as she anchored and found Loo up. She had been ill all the passage and never left her bed. She insisted on going ashore, so White gave her a room and made her very comfortable. The people had made great preparations for her arrival but as it was dark when she landed, the tamasha was postponed until tomorrow and they contented themselves with letting off some rockets and blue lights when she landed.