Sir Garnet Wolseley comparing Larnaka and Limassol, describes Larnaka as the filthiest place he had ever seen in contrast with Limassol 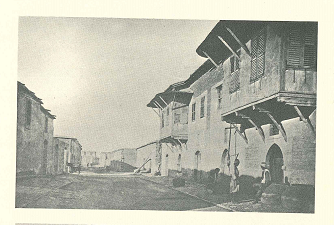 Sir Garnet Wolseley comparing Larnaka and Limassol, describes Larnaka as the filthiest place he had ever seen in contrast with Limassol:

Went in the Salamis to Limassol, a small but clean place very different from Larnika which looks like a pesthouse of dirt and fever. If cholera takes hold of the people of Larnika, it will decimate the population. I never saw a filthier spot. Limassol on the other hand is well kept, the streets tolerably paved and the houses generally of a better type and in better condition. I hope to send a Civil Commissioner here in a few days. My present intention is to appoint an officer to each of the Keimaklianatsi (Districts) into which the island is divided who will at first act in concert with the Keimaklian and then eventually take this place, ruling the District in the manner that a Deputy Commissioner does in a district of India.