Samuel Pasfield Oliver, a correspondent of the Illustrated London News, send one of his first reports to London 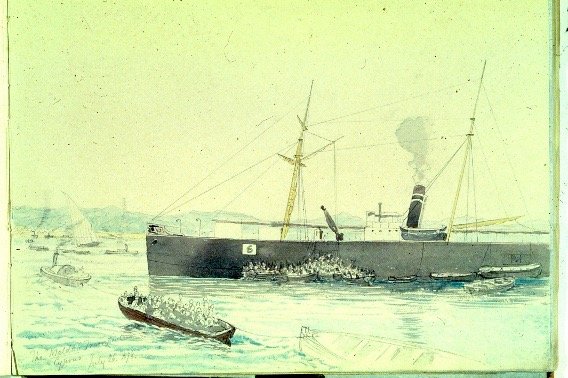 Samuel Pasfield Oliver, a correspondent of the Illustrated London News, send one of his first reports to London:

The Channel Squadron has not been idle since its arrival in preparing for the occupation of this place by the troops. The Duke of Edinburgh and a number of sailors have formed a naval camp at the landing place north of the town and have erected five piers and landing stages. His Royal Highness is still occupying the old quarantine lazaretto building, close by; while his sailors are in bell-tents and under sail cloth awnings around his headquarters, which are marked by his flagstaff and signal, a portable semaphore fir telegraphing seaward. His Royal Highness deserves the greatest credit for the way in which all the arrangements for the disembarkation have been carried out by him.