Rupert Gunnis, ADC to Sir Ronald Storrs, never stopped searching for antiquities or old artefacts in Cyprus, be they Greek or Turkish 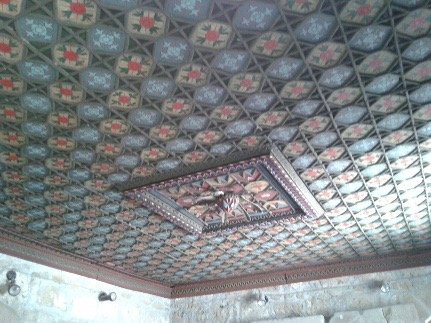 Rupert Gunnis, ADC to Sir Ronald Storrs, never stopped searching for antiquities or old artefacts in Cyprus, be they Greek or Turkish:

After lunch to a reception at the Archbishop’s Palace. We were received by all thirty priests who walked in front of us two by two, up to the house where we were met by the bishops of Kitium, Paphos and Kyrenia, the last named rather a nice old man who had been at Oxford. We had a long talk and light refreshments, the latter excellent. We then inspected the Library and altogether were about an hour there. Then to see a fine Turkish ceiling in the Francisco street, at least only one part of it as it stretched into the next two houses and was obviously the ceiling of a palace now made into tenements. The bit we first saw had a sort of minstrel’s gallery at the end but shut in with harem cross-woodwork. The woman wants to sell it and I think it should be acquired for the museum.