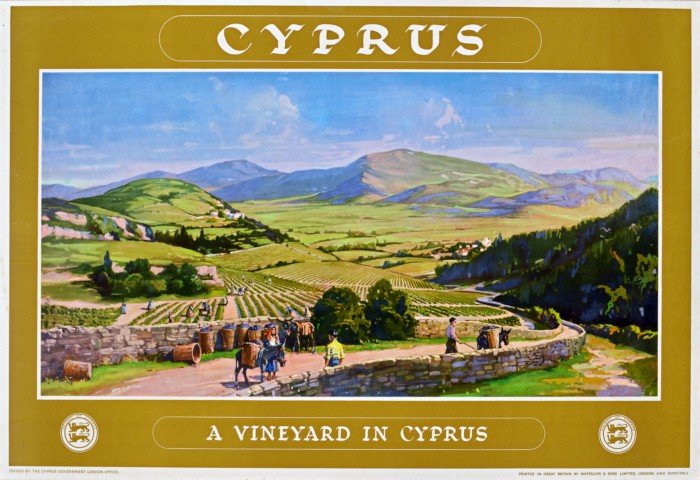 At seven we left Limesol; having travelled two hours in a plain, we passed a little rivulet; the country was covered with Cistus and Mastic; among these we heard the frequent call of the Francoline. Having crossed the rivulet, we entered into a wild mountainous country, and stopped to dine at a Turkish fountain, five hours from Limesol. After dinner, we soon entered into a more cultivated district: the sides of the hills were planted with vineyards; little brooks watered the vales below, which were sown with corn, yet green. The mountains of Troados covered with the Pinus pinea stretched themselves out, and terminated the vale. I observed the Styrax tree frequent in the hedges; and the Anagyris foetida in the outskirts of the villages. At sun-set we arrived at the convent of the Holy Cross: this is regarded as the second monastery in the island, and was probably more flourishing under the pious care of Maria Theresa. It is situated in a Greek village, where we observed an appearance of greater affluence than in most of those we had yet seen. Mountains are indeed generally the last retreats of liberty.