R Hamilton Lang, manager of the Imperial Ottoman Bank agency in Larnaca from 1860-1872, wrote the following account of the scourge of locusts and the efforts of Said Pasha for their destruction 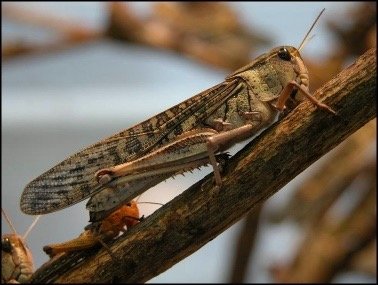 R Hamilton Lang, manager of the Imperial Ottoman Bank agency in Larnaca from 1860-1872, wrote the following account of the scourge of locusts and the efforts of Said Pasha for their destruction:

About twelve months ago I drew attention to the very praiseworthy efforts of Said Pasha for the destruction of locusts, which, from time immemorial, have been the scourge of this island. It is with especial pleasure that I again refer to the subject; for wonderful to relate, the entire destruction of locusts is a fait accompli. It is perhaps a unique sample of the entire extirpation of locusts by steady, continuous effort, aided by what may be called scientific means. It appears especially wonderful to nine-tenths of the inhabitants of this island; for although some many have been believed in the power to extirpate, few expected to see it practically exercised. Legion is the name of the fitful efforts which have been made to overcome this hitherto invisible enemy, but the peasants generally found that they simply fell ‘out of the frying-pan into the fire’. The locusts ate their crops, and the would-be locust-killers swallowed their money. The zeal of some governors lagged after a years’ toil; the inertness of others gave golden opportunities to the locusts to multiply; and in more than one case ministers at Constantinople unwittingly leagued with the locusts, and removed capable men just when they expected to reap the fruit of their labours. It has been reserved for Said Pasha not only to work, with the honest sweat of his bro, but to see the fruit of his work; and richly does he reserve the shower of blessings which, on his recent return from the last search after locusts, a grateful peasantry lavished upon him. Five thousands piasters were vainly offered for an oke. Three years ago we could not move without disturbing the locusts.