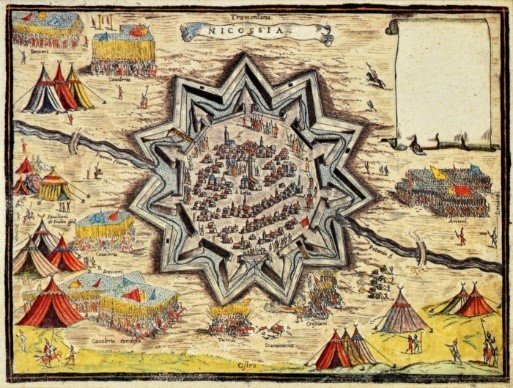 True it is, this kingdom of Cyprus which is an island, is a very unhealthy and sickly land to people who are not wont to dwell therein, for a kind of fever prevails there which is lightly taken, and from which unless his luck is good a man shall scarcely recover. [M. de Salebruche (or Sarrebruck, stepfather of M. d'Anglure), one of the pilgrims, a hale and hearty man, was seized with this on Saturday, January 15, and on the Tuesday following resigned his soul "moult debonnairement et doulcement" to his Saviour. He was buried in the church of the Franciscans at Nicosia, in a fair tomb duly inscribed; his effigy and arms were painted on the wall above it, and a lance carrying a banner with his arms. The Archbishop of Tarsus, who visited and comforted him throughout his sickness, sang High Mass at his funeral. R.I.P.