Nicolai de Marthono, a notary of Carinola, describes his journey in Cyprus 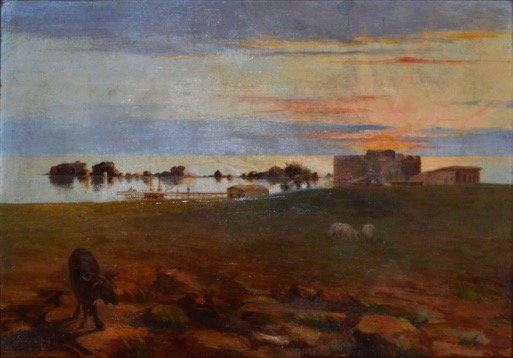 Nicolai de Marthono, a notary of Carinola, describes his journey in Cyprus:

On the morning of December 18 I rose early and took the road to Famagusta and passing the salt lake where is made a great quantity of salt, I came near a castle called Baffa in the lordship of the king of Cyprus, in which castle is made a great quantity of sugar and walking all day I found many villages destroyed by the Turks and deserted. At night I reached a place where just by the side of the road was a tavern kept by a poor widow who had five sons two of whom were in swaddling clothes. I asked her to make up a bed for me for which I would pay where I might rest myself and my weary limbs. She made up a small bed which she had on one side where the fire was and in it she lay the two children with the swaddling clothes and then told me to go and sleep by their beside. I saw that the bed was not big enough for me and that it was dirty on account of those children and refused to sleep there, so in great discomfort that night I slept on the ground. In the morning I arose and took my way to Famagusta.