Martin von Baumgarten, a German traveller, visited Nicosia and had a difficulties looking for lodging 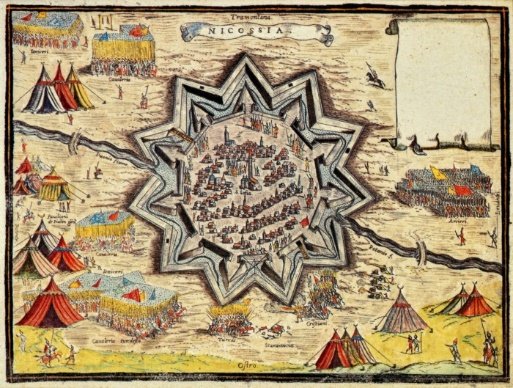 Martin von Baumgarten, a German traveller, visited Nicosia and had a difficulties looking for lodging:

So, on Saturday, September 2, I arrived in the city of Nicossia. It is very large, and I knew not where to address myself to find a lodging, for the townspeople understand neither French nor Flemish nor Latin. I found a priest and thought he would understand Latin. But he was no more good to me than if I had called to a dog; he was a Greek. I began to feel tired, for I did not know what was the Greek for a lodging, and I had my wallets containing my shirts and my two sheets which I had brought to get washed, and a couple of bottles, and I was all in a fuss, for my muleteer had left me at the gate. I went till I found a saddler, and asked for the inn. He showed me a house. I hurried in and found there the four buglers of our ship. You may be sure I was glad.