Maistre Denis Possot, a priest of Coulommiers in Brie, admired the resourcefulness of Cypriot farmers while traveling through the island on a journey from Jaffa to Crete 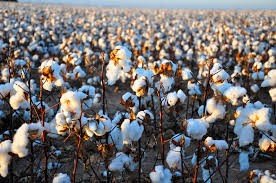 Maistre Denis Possot, a priest of Coulommiers in Brie, admired the resourcefulness of Cypriot farmers while traveling through the island on a journey from Jaffa to Crete:

There are many fields where cotton is grown, and it is to be noted that when the wheat harvest is done this cotton is sown at once, and what is left of the seed is used to fatten oxen. From this seed is produced a plant two feet high, with a leaf rather like that of the rose, and a flower like a poppy, except that it is yellow. From this flower is produced a pod, like a nut, from which cotton is extracted. And because the seed is mixed with the staple of the cotton they have certain tools of wood and iron to get out that seed. And this is repeated every year in February, and so in all parts of Cyprus. And because it scarcely rains at all in summer in Cyprus we observed a wonderful way of watering the fields, and cotton particularly, as we shall tell. There was a great spring, abounding in water, like a deep cistern of four fathoms, long and narrow, built of cut stones, in which was a large wheel, and ropes thirty fathoms long, on which thirty large and stout pots were fastened by chains. And when the said wheel turned with its chains or ropes all the pots below filled themselves with water, and when they came up and went down again they poured their water into a large trough, which spread this water over the adjoining fields on whichever side they wanted it to run, guided by channels and drains. This wheel is turned by another wheel which they cause to be moved by a horse or ass which has its eyes blindfolded; and in an hour they draw enough to water copiously two acres of land.