Lorenzo Warriner Pease, an American missionary, was travelling around the island 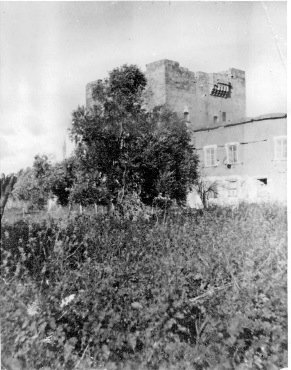 Lorenzo Warriner Pease, an American missionary, was travelling around the island:

Started 8.25 in 1 05/60 hour, we were opposite Mr Pelendrites chiftlick and in 45 minutes more we arrived at Colossi, where we examined the tower. In 1h we arrived at Episcope where we spent a little time with the demogeron. Afterwards we left guided by him and visited a tomb near what is called Palaio Castro, the ruins of an ancient city about ½ hour from Episcope. There we found a sepulchre. It is cut out of solid lime rock and is in very good preservation. First day and here on the hill, we saw the remains of an aqueduct which supplied the city with water.