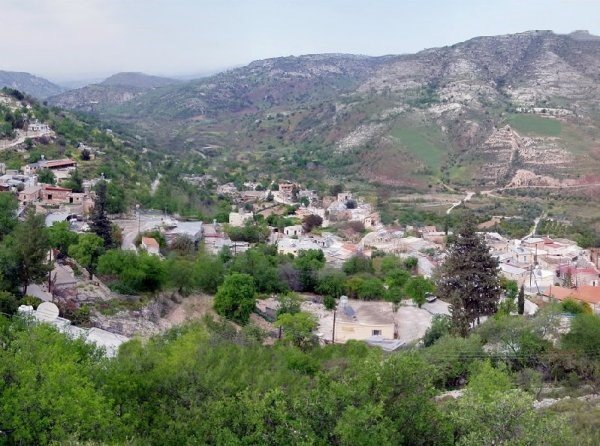 Started off on my first district tour with Dayan and 3 zaptiehs and rode up to Selico and investigated a peculiar case of theft. Then over the hills to Kilani the chief village of the Nahieh and put up there for the night. The next a.m. we went on to Malia the centre of a very lawless district near the Baffo boundary. Chiefly Turkish inhabitants and much given to raiding and cattle lifting it being my special object to try and capture some of the men who had been long wanted by the Authorities. However, although many complaints of theft were brought forward no information was obtainable, the people being very unwilling or unable to give information. So after waiting till dark I rode on to Pahna to try and capture a man named Antoni Nicola, a notorious ruffian who with several others was the Scourge of the district. He however had flown having apparently got wind of our neighbourhood, and as I afterwards found out had been warned from Malia by his confederates and had ridden off that evening, armed, on a donkey, no one professed to know where. So this expedition was so far a failure, and we put up for the night in the best house we could find, a wretched Greek hotel, full of wine chatties and dirt, but the inmates did their best and cleared out for our reception. I have often had to put up in as bad, and even worse places. The next morning we left Pahna at daybreak and set out for Limassol over the mountains, Pahna being in the midst of very rough country on the top of a hill. We rode back through Khandu and other villages and got into Limassol again about midday, after a very hot ride.