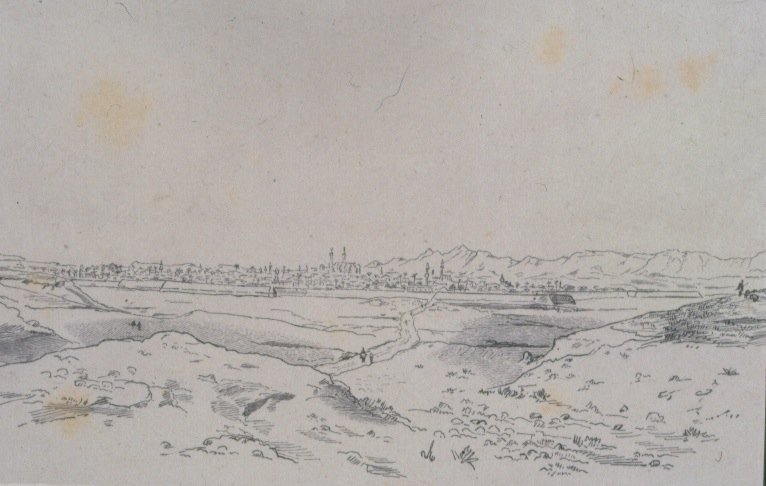 Lieut-Colonel W M Leake travelled from Kyrenia to Nicosia and gave a short description of the latter:

The ramparts of the Venetian fortifications of Lefcosia exist in tolerable preservation. But the ditch is filled up and there is no appearance of there having been a covert way. There are thirteen bastions, the ramparts are lofty and solid, with orillons and retired flanks. There is a large church converted into a mosque and still bearing, like the great mosque at Constantinople, the Greek name St. Sophia. It is said to have been built by Justinian, but this may be doubted, as Procopius, in his work of the edifices of that emperor, makes no mention of it. The flat roofs, Trellised windows and light balconies of the better order of houses, situated as they are in the midst of gardens of oranges and lemons, give together with the fortifications, a respectable and picturesque appearance to Lefkosia at a little distance, but, upon entering it, the narrow dirty streets, and miserable habitations of the lower classes, make a very different impression upon the traveller; and the sickly countenance of the inhabitants sufficiently show the unhealthiness of the climate.