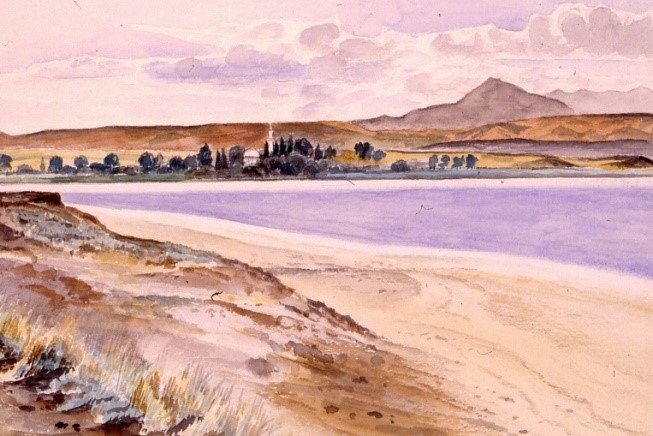 We pass the day on board the Tigre, where we find General Junot, afterwards Duke of Abrantes, and Madame Junot and General Dupuy; the latter, next to Kleber, the Senior General of the Army of  Egypt. They were taken by the Theseus, Captain Styles, in attempting to escape from Alexandria. The town of Larnaka stands at the distance of a mile from the shore, and has a quarter on the seaside, called 'Αλικές’ by the Greeks, and Marina by the Italians. In the intermediate space are many foundations of ancient walls, and other remains, among the gardens and inclosures. The stones are removed for building materials almost as quickly as they are discovered: but the great extent of these vestiges, and the numerous antiquities which at different times have been found here, seem to leave little doubt that Citium stood on this spot, the most ancient and important city upon the coast.