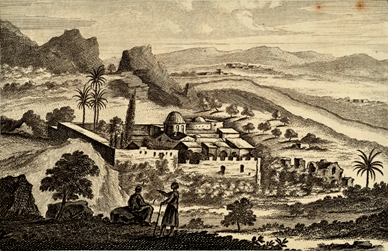 Parsons and I rode out together on the 21st to a village called Kaimakli to take sworn evidence on a murder case which he followed up by riding on to Voni and from there home through the pretty village of Kitherea (Kythrea), under the Pentadactylon Mountain. Without a doubt a murder under peculiar circumstances had taken place some time since at Chrisostomo Monastery and the monks had heavily bribed those cognizant of the facts to keep what they knew to themselves. The case however when brought to court fell through. It was a mystery that will never be solved now, and when I think of Chrisostomo and its monks I cannot help bracketing them with the murder mystery.