Leontios Makhairas refers to the marriage of King Janus of Cyprus 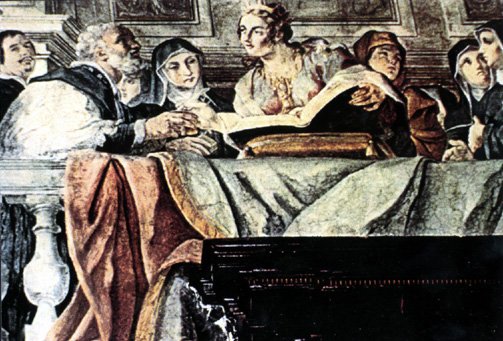 Leontios Makhairas refers to the marriage of King Janus of Cyprus:

And on the twenty-fifth of August 1411 Brother Lescure, Prior and Commander of the Hospital in Cyprus, and Sir Stephen Pignol, brought the maiden Charlotte de Bourbon from France, and she was married to King Janus on the twenty-fifth of August. And from the time of her coming the damage done by the locust began to abate. And from that time much good befell Cyprus owing to the luck of the queen, a lady who brought good luck, as we have just said. And the locust were many but they did not do much harm as they were doing in 1411, for in that year they went into the gardens, and on trees, both orange trees and mulberries and on the vines; and everything they destroyed utterlt, and sugar canes as well.