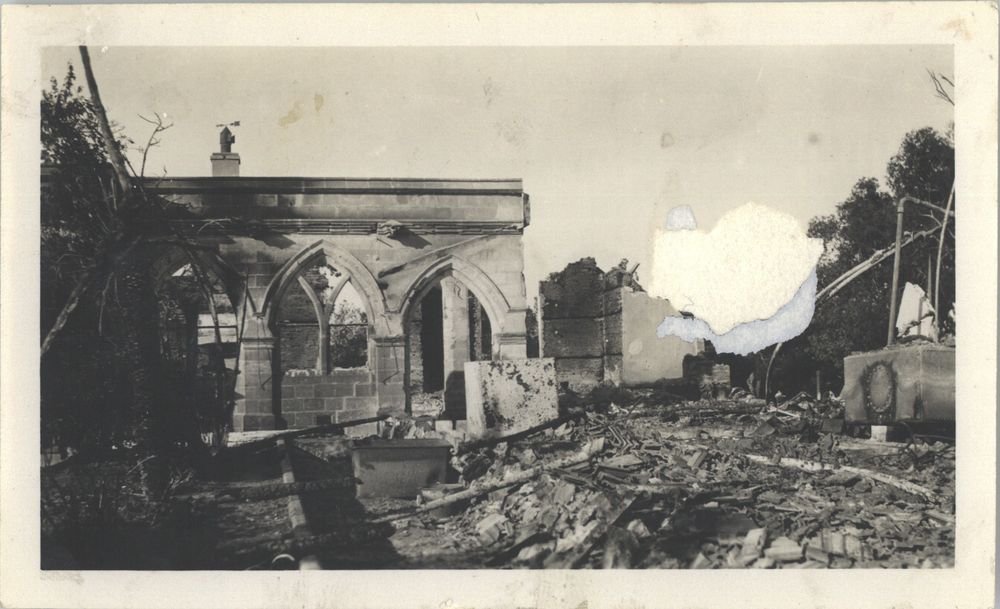 The demonstration marched to Government House:

And the crowd took the asphalt road for Government House. Some started

whispering, some, more cautious said that they should return

to their homes. Their courage only reached this far. Why should they push

'What will happen?' asked someone.

Those who were afraid slipped into the side streets and returned to the town, but the crowd was large. It got no thinner with such a small reduction. They reached the gates of Government House. It was a forest of

pines and the iron gate was wide open, not hindering anyone. Yet the crowd

stopped there. A foot had to go forth first. Whose foot, though?

The members of parliament came and were embracing each other as

they do on Easter Day at church. The little ones were screaming. The

and were wondering how to get away without losing face.

A quarter of an hour went by. Then there was dead silence. Then an

old woman, about sixty years of age, raised her arm holding an old piece of

'Let's go ahead, for liberation!'

She first put forth her shaky foot over the threshold and entered.

Then the crowd followed the old woman who led the way with her old stick.

No one dared overtake that old lump of a body. Out of respect they kept

behind her until the first turn right - on the left were the dark pine trees. Then a group of youngsters carrying miserable branches for weapons

overtook her, filling the air with their demand: 'Union with Greece!'