John Macdonald Kinneir, a captain of the East India Company, was in the vicinity of Kyrenia 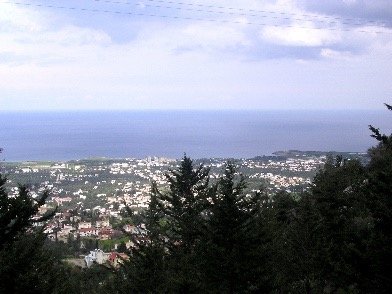 John Macdonald Kinneir, a captain of the East India Company, was in the vicinity of Kyrenia:

Captain Loretti arrived from Kelendri during the night and reached his habitation early in the morning, mounted on a mule without saddle. He was a native of Dalmatia and appeared to be bordering on sixty years of age; tall and muscular, and dressed partly as a Turk and partly as a Frank: he pretended to much learning but was ignorant of the most common occurrences; and although he boasted of being able to speak ten languages, it was with exceeding difficulty you could understand him in any. He was vain, rude and presuming; but kind hospitable and attending. And altogether the strangest compound of a man I had ever met with. He wished me to spend a week with him, saying that the boat could not sail before the treasure intended for the Capudan Pascha should arrive from Nicosia. And when I urged the necessity of my immediate departure, he laughed so loud that he might have been heard a mile off, adding, that the boat should not move from her anchorage before the time specified. After a warm dispute I wrote a letter to the Zabit, who sent a note that the boat should sail at any time I thought proper. The captain, upon receiving this message, broke forth into a furious torrent of invective against the poor zabit. But I at last assuaged his wrath by stating, that he might himself remain quietly at home, and send his mate, a Greek, to see me fairly across the channel. He liked the proposal and said that the boat should depart with me in the morning.