Jacques le Saige, a silk merchant from Douai in France who visited Cyprus on his way to Jerusalem, described the production and collection of salt on the island 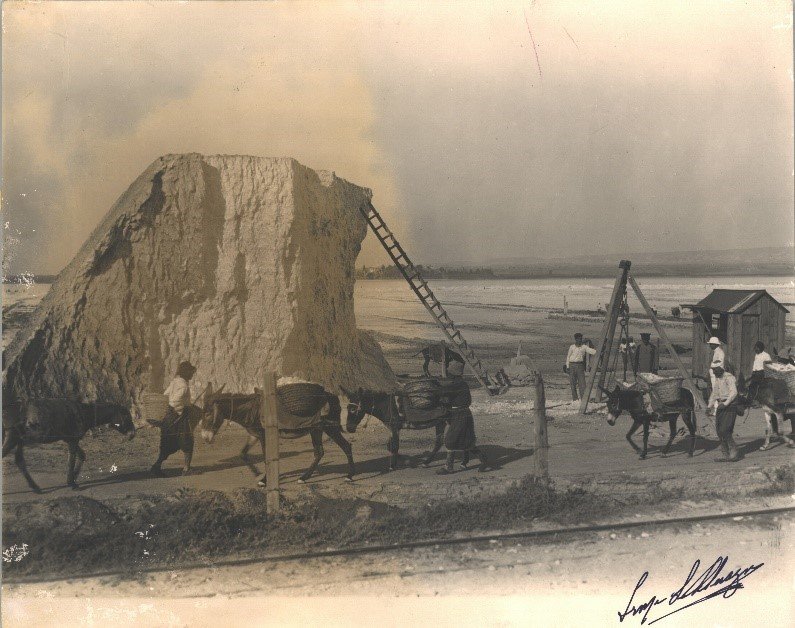 Jacques le Saige, a silk merchant from Douai in France who visited Cyprus on his way to Jerusalem, described the production and collection of salt on the island:

Tuesday, September 13, after having heard mass very early we went, ten or twelve of us, to see the place whence they collect the salt. We were very greatly astonished, for the place is quite four leagues round, and is like a great frozen marsh. One is quite dazzled at the sight, for the salt is as white as I ever saw, and comes of itself: the sea is close by, and there is only a broad bank between the two. The sea swells two or three times a year, and then they make little holes in the bank, and the water enters the lake. And when there is enough of it they close those holes again, and forthwith the sun which is a hundred times hotter than in our country absorbs that water, and nothing is left but the salt. Moreover the sun burns on that salt so fiercely that it is as white as snow. And it is cut into great blocks, as is done with sods or turves. And when we were there we saw enough cut and ready to load two hundred carts. None can take of this salt without paying the Venetians for it; it is a valuable revenue to them.