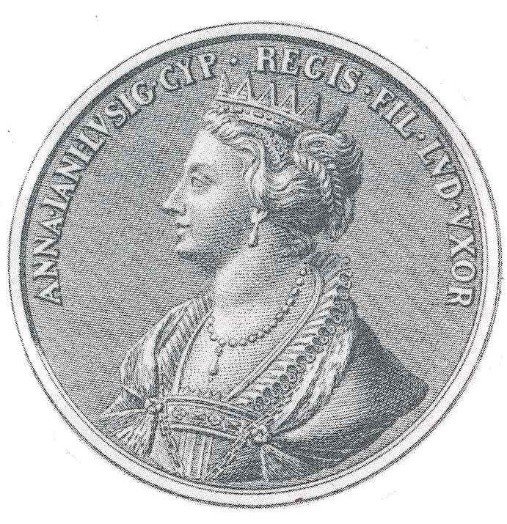 It appears that the women of Cyprus made a name for themselves throughout the ages:

Anne was born in Nicosia on the 24th of September 1415 and died in Savoy on 14 November 1462. She was the sister of John II King of Cyprus and mother in law of Charlotte, Queen of Cyprus from 1458-1460. The name Anne of Savoy is remembered in history for its association with the shoud of Christ, which she persuaded her husband to buy in 1453 from Margaret of Charny and which is today preserved in Turin. Anne was the elder daughter of Janus I of Lusignan, King of Cyprus and his second wife Charlotte of Bourbon. She became engaged to Amatheus of Savoy in August 1431. Soon after the engagement Amatheus died and she became engaged to his younger brother Louis, Count of Geneva.