Ioannes Cotovicus, aka lohann van Kootwyck, a Doctor of Civil and Canon Law in the University of Utrecht, touched at Larnaca 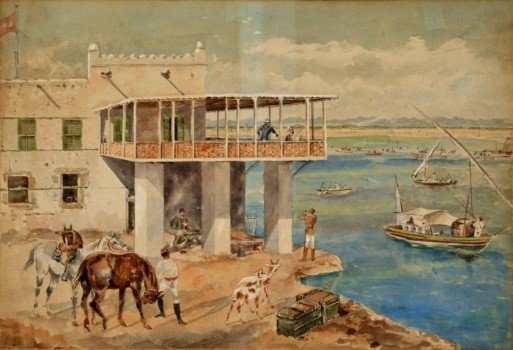 Ioannes Cotovicus, aka lohann van Kootwyck, a Doctor of Civil and Canon Law in the University of Utrecht, touched at Larnaca:

On September 13 we again weighed anchor, shook out our sails, and coasted gaily along for fifty miles, passing the point of Cryptas, then Masoto and Chiti. About four in the afternoon we reached the Salines, where we found good holding ground near the shore, and anchored. The day was waning, and as it was not convenient to land we waited for the morning. The next day, having offered the customary gifts to the Emin (the chief collector of customs and imperial revenue), we received permission to land. But before we left the vessel an Italian merchant from the neighbouring town of Arnica, a great friend of the Minorites, came to visit us. He told us that only a short while since the Pasha of Nicosia had thrown into the prison a Venetian merchant living in Arnica, because he had                 reconverted and helped to escape a Minorite of German origin who had last year abjured Christianity and openly embraced the falsities of Mohammadanism: that a rumour too was abroad that the vicar of the order at Jerusalem, who was now our fellow-passenger, and who at that time was visiting Cyprus, had persuaded him to run away, and that it was chiefly his doing that the monk had renounced and abjured Islam, and that the Pasha was aware of this. Wherefore it were well that the vicar should not land, a thing which might be dangerous to himself and the rest. It would be impossible for him to remain hidden, there were so many people in Arnica who knew him, and among them would be some who would tell the Pasha: he had better then avoid the risk by remaining quietly on board. We all joined in persuading the vicar to take the Italian's advice, and he stayed alone on the vessel until we had completed our business and sailed for Jaffa.