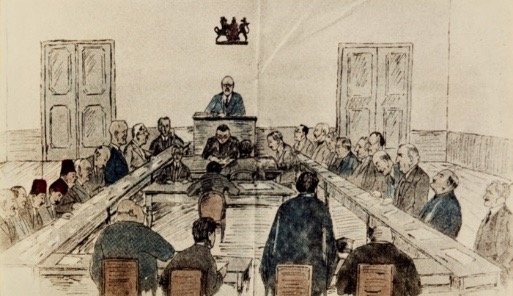 In a Memorial (CO 67/227/6) dealing with the grievances of the people of Cyprus addressed to his Lordship the Secretary of the State for the Colonies by the Greek elected members of the Legislative Council:

A foremost and basic complaint of the Greek people of Cyprus is that, contrary to their expressed unanimous will and against all justice, they are being kept separated from their Mother country Greece, with whom sacred and unbreakable ties of blood, religion, language, traditions and national conscience link them together.