In Gesta Regis Henrici Secundi, a work attributed to the monk Benedict of Peterborough from Canterbury 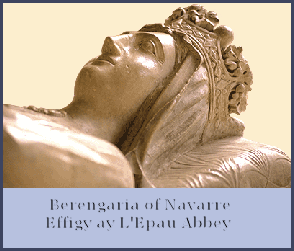 In Gesta Regis Henrici Secundi, a work attributed to the monk Benedict of Peterborough from Canterbury, we read about Richard the Lioneheart confronting Isaak Comnenus, Emperor of Cyprus:

On the same day (May 6) the daughter of the King of Navarre and the Queen of Sicily, sister of the King of England, entered the port of Limassol with the King’s vessel. The Emperor had situated his men who had been dispersed through the hills and valleys on that same night and changed his camp across the river which was some five miles from the city of Limassol. He swore under oath that he would on the next day fight with the King of England. When the King heard this through his scouts, long before dawn, he had himself and his army armed and moving forward and without noise reached the army of the Emperor and found them asleep. With a huge and horrible cry he entered their tents and aroused them from sleep as though dead. They did not know what to do or where to flee. The Emperor himself escaped almost naked and with a few men, leaving behind his treasure, horses, arms and his most precious tents along with the imperial standard woven completely of gold. This the King of England immediately destined for blessed Edmund glorious King and martyr.