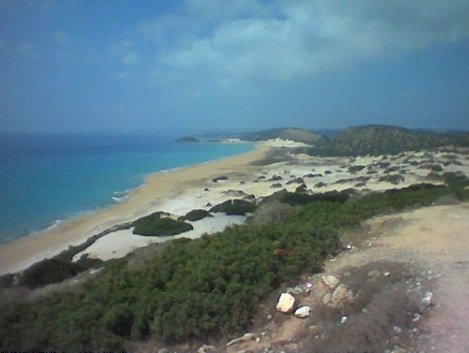 And on the ninth of June 1499, six small Turkish galleys, “foustes”, and a brigantine came to Carpasi and landed men at Chelones; they carried off men, women and children, and destroyed the villages utterly and killed thirty-seven persons in addition to the above mentioned whom they carried away. And there were in the island six galleys; these were at once fitted out against these aforesaid Turkish ships. Sir James Morabit and Sir Peter Gurri were appointed captains, and they went to search for the ships. They searched round the island for eight months and could find nothing. Then they disarmed their ships.