From the diary of the US Consul General Taylor G Belcher 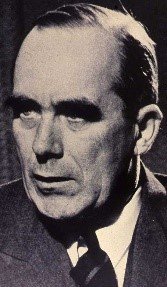 From the diary of the US Consul General Taylor G Belcher:

At half past seven, guests for dinner – Tuckers, Wentworths, and Mervin Popham. Cocktailed and ate on terrace. Terribly hot. Mervin spoke to me at length about Foot. Said “he was told everything before he came. He was told we are walking on a knife’s edge and the least done would antagonize the Turks.” He added, “but he wouldn’t listen – what can you do with a man like that? – the Turks, after all, were our only allies. Mervin did not speak in anger but with some sadness. I said I did agree with Harding that a military man was not wanted now. Mervin said quite true, but we want a realist. “Foot is an idealist. Mervin said, “We want a realist who will sit down with Kiki and say- get off your horse; we know you have to say these things in public but they can’t be done and you know it, etc.”¨