French traveller Nicole Huen, a Carmelite from Pont Audemer, stated his impressions of Nicosia and the beautiful church of Saint Mamas 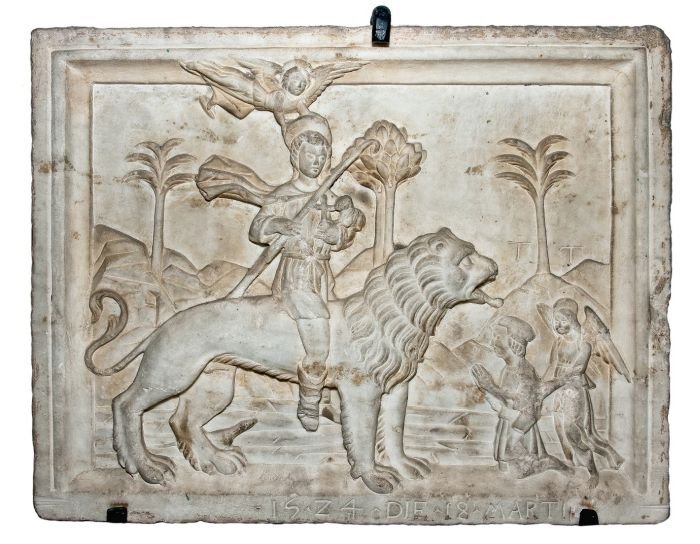 French traveller Nicole Huen, a Carmelite from Pont Audemer, stated his impressions of Nicosia and the beautiful church of Saint Mamas:

Thursday, August 30, we stayed there to hear the pilgrims' mass. Several hired horses to go to Nicossia where the Queen of Cyprus holds her court. All our company agreed to hire donkeys to follow the rest, and took a guide who led us all the night through to Nycossia. Friday morning we reached Nychossia at sunrise. Thence we went to the great church called S. Meme or Mamar whose body is outside the city: it drips oil. This church is very beautiful, and nobly adorned in the French fashion, for the lords of France caused it to be built. In this church is the tomb of Godeffray de Billon, all of jasper and of a single piece, except the cover; although it was not in this place that he was buried, but in Jerusalem, as I have told you. Mass was heard, then we went to drink in a tavern, then each of us slept three hours. Afterwards we made the circuit of the city, and to the churches of the mendicant friars. There are three convents with large buildings, Carmelites, Jacopins and Franciscans. In this city they cut the stones called Baffa diamonds. At night we returned to the Salines where was our ship. This city was formerly a very important one. There are fine walls of long circuit, and within them large buildings, but all in ruins.