Fra Angelo Calepio, Superior of the Dominican Convent in Nicosia, described the Ottoman assault on the town to which he was an eye-witness 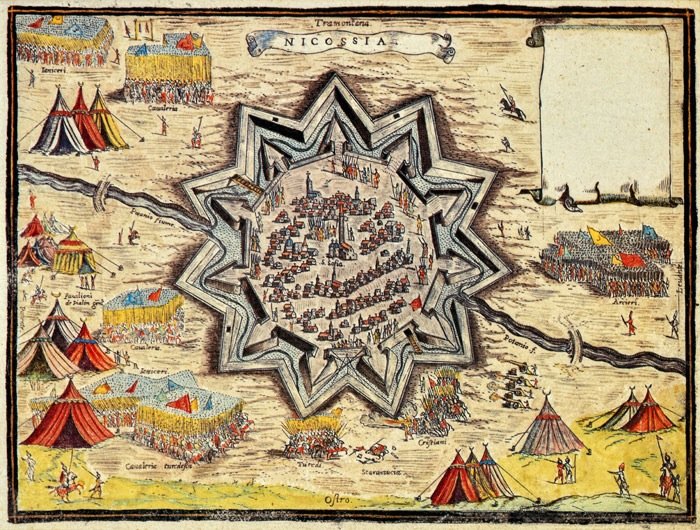 Fra Angelo Calepio, Superior of the Dominican Convent in Nicosia, described the Ottoman assault on the town to which he was an eye-witness:

At dawn the enemy prepared for a general assault on the Podochataro, Constanzo, Davila and Tripoli bastions. The conquest of the Podochataro was entrusted to the Rumelians ( that is, Greeks) and Caramanians with their Pasha Caraman. Muzzafer Pasha and his troops undertook the attack on Constanzo, the General Mustafa and Ali Pasha those of the Davila and that called after the Count of Tripoli. All these at the same moment led a most spirited attack, with a very great crowd of soldiers. The largest force was directed at the Podochataro as being the most damaged and made easiest of entry. They came on with such fury, such shouts and noise, that many of the country folk, who were on the front of thee bastion, outside the shelter, and could not reach their arms, fled. The rest fought on smartly for a while, but the enemy’s numbers kept increasing, our men were cut in pieces, and the little fosses of the shelter were choked with corpses.