Extract from the Chronicle of Lysi 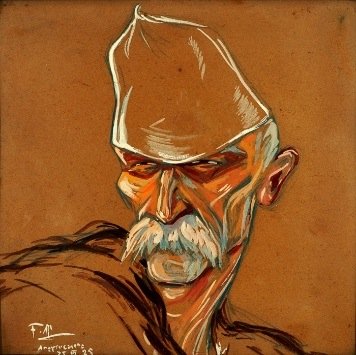 Extract from the Chronicle of Lysi:

On 15 July, a monk called Ioannikios set off from Larnaca with 25 Albanians and went to Bogaz, in the Carpas. There he collected many Greeks and Turks, and an army, telling them that a ship would be coming to transport them so as to move against Nicosia and to take the town because there was an increase of taxes. Well, the army bribed the captain and instead of Larnaca, he sailed for Beirut. In the meantime, another army came to help the Pasha and it was send against the monk. His army having left, the Greeks were left alone and killed because the Turks changed sides and denied having supported the monk. The army looted many villages and churches until the Molla arrived from Nicosia and ordered the army to go to the capital. They arrested the monk at Pyrga, and all his supporters.