Edith Beltcher, the wife of US Consul Consul General, writes about the last days of British rule in Cyprus and notes how impressed she was with the body language of the people 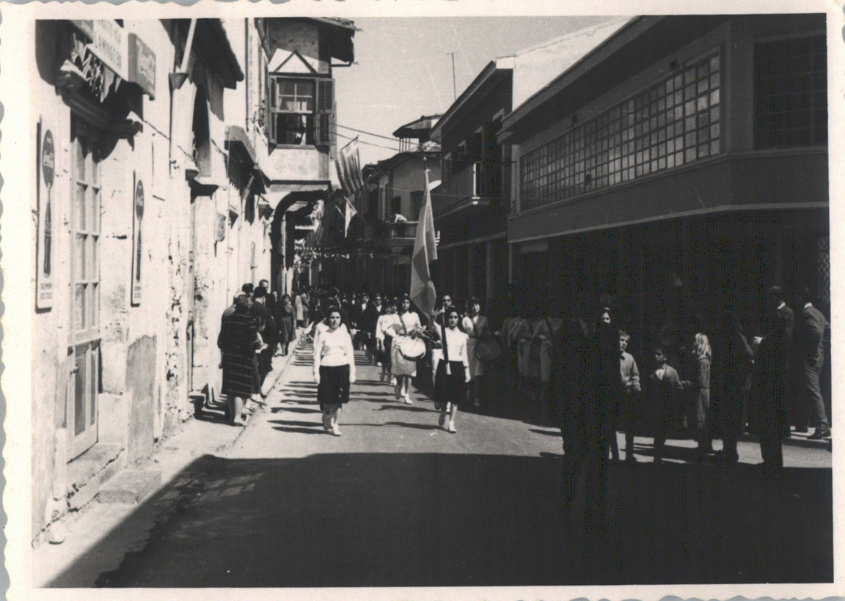 Edith Beltcher, the wife of US Consul Consul General, writes about the last days of British rule in Cyprus and notes how impressed she was with the body language of the people:

Off to town at half past nine. Boys needed new trousers and other odd chores. Town is a madhouse, crammed with additional cars, bicycles and people-all armed with flags, pins, etc. men up and down Ledra street selling pictures of Grivas, the Archbishop and patriot heroes. Boys wanted to buy pictures of Grivas, so I bought two. Tony and I went into the big market to buy yogurt and I asked the meaning of several words on the posters we had bought. They are most dramatic in their description of “Thrilikos Dighenis”, “O Doksasmenos Dighenis” etc. Did not know the meaning of the latter and when asked, I received a dramatic definition-in short-an important man, a big man. The man and woman who converged on me, when they overheard my question, were most agreeable and descriptive, waving their hands in Greek, heavenly fashion and saying that enas doksasmenos ine enas pu kamni megala pragmata, spudea pragmata, enas megalos Anthropos, psilos Anthropos, etc. all accompanied with eye raising, hand pumping and the delightful rolling motion of the hand at all times as though someone is attempting to describe the rhythm of the waves on the beach. It is a gesture I found easy to imitate and, constantly do it; it fits so in the Greek language, just as the hand ceremony is a natural with the Spanish tongue as well. The town seems happy and I sensed no hostility. Of course, armed with our pictures of Grivas, who would have dared?