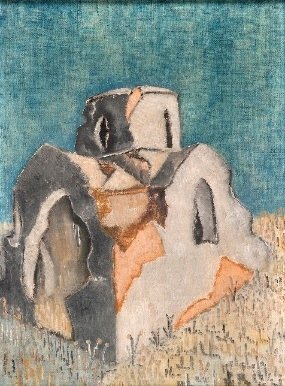 The three of us off to George Paraskevaides for supper. Loizidheses of Morphou were there and two others from Morphou, George’s mater and pater who live with him, and George’s partner. We discussed George’s art collection-mostly Moti, his favourite Italian contemporary. He has no Georgiou and only one Diamantis. Like most Cypriots, George feels the local artists are no good and on the international scene would not show at all-plus his annoyance over the high prices they ask-all out of proportion to their reputation and talents according to George. I argued over Georgiou whom I consider very good and whose work, I think, contains much of the same spirit as Diego Rivera.