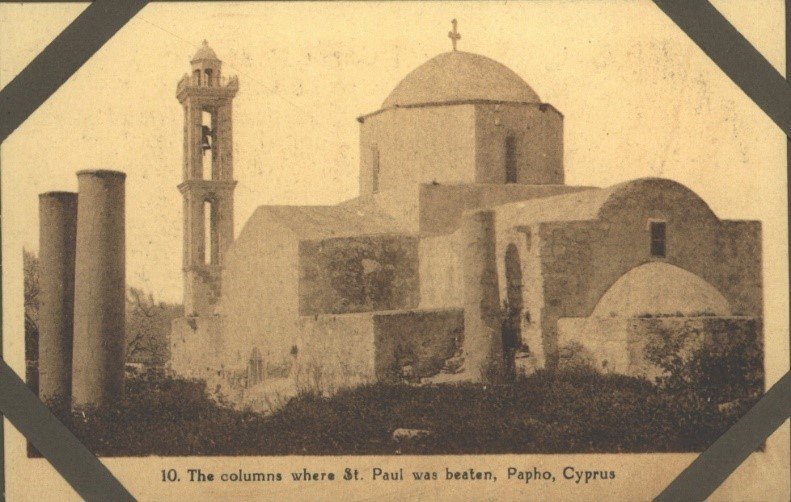 Opposite the entrance of the harbour there are two little rocks. In the afternoon I landed to see the place, which is close to the sea: the houses as usual standing in gardens full of mulberry trees. There are the remains of several churches, and one tolerably perfect, with a few paintings. It is dedicated to S. George, and used by the Greeks for divine service. Near it are three large columns still standing, but I could not make out if they had belonged to a church or other building. On the shore is a fort, under which vessels moor, to get the protection of its guns. The old castle is on a hill close by, a mere ruin. Somewhere here, they say, was the prison of S. Paul.