During his mission with the Cyprus Pioneer Corps, Colonel Benjamin Donisthorpe Alsop Donne took in the natural and cultural richness of the island 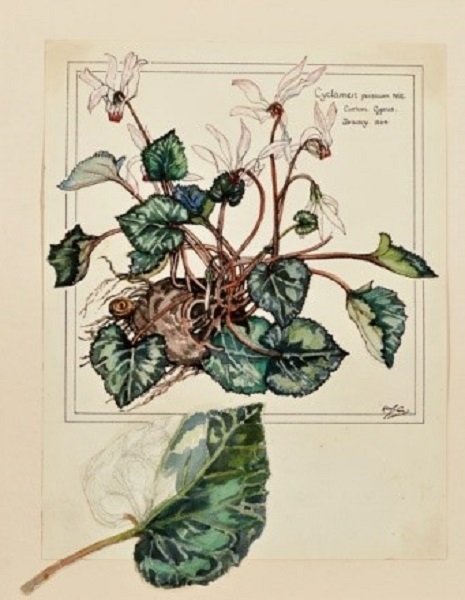 During his mission with the Cyprus Pioneer Corps, Colonel Benjamin Donisthorpe Alsop Donne took in the natural and cultural richness of the island:

On the 19th I rode out to Episkopi village with Gilmore and in trying to ford the river, which was very high, was nearly washed down and we had to cross higher up the bridge. Episkopi is one of the prettiest villages in the Island, surrounded by orange gardens etc. The Turkish Mucktar was very hospitable and entertained us. Then we rode on to see the ancient ruins of Curium, on a promontory commanding a fine view. The place was noted in ancient history of the Island and was probably a large town when St Paul passed that way on his journey from Salamis to Paphos. It was here that De Chesnola found his great Treasure in 1875 underneath the ruins of a temple. Large mounds of ruins and heaps of rubbish were strewn about and marble and fluted columns were plentiful; we also found some fine fragments of tesselated pavement. The Cyclamen was growing in great abundance and we took some roots back with us.