Dr Sibthorp, Sherardian professor from Oxford who travelled with his friends in Cyprus recording the flora and fauna of the island, visited the elderly Governor of the island 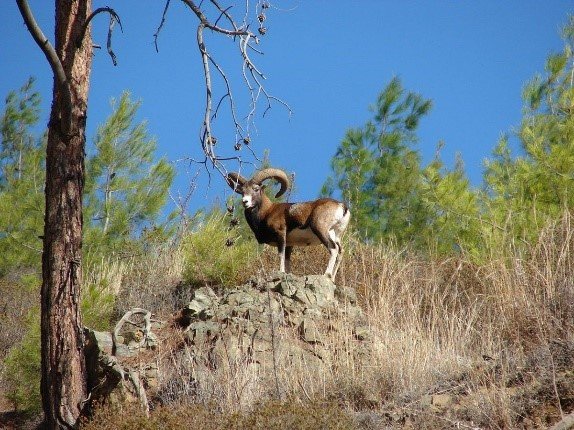 Dr Sibthorp, Sherardian professor from Oxford who travelled with his friends in Cyprus recording the flora and fauna of the island, visited the elderly Governor of the island:

The Governor of the island, being informed of my arrival, sent a message that he wished to see me; he was a venerable old Turk with no other complaint than that of age and its companion, debility and loss of appetite.

He received me with great politeness: our Ambassador, Sir R. Ainslie, had procured me letters for him. Having felt his pulse, and prescribed for his complaint, he offered us his firman; and ordered his dragoman to prepare a magnificent dinner.

A Gazelle, a species of Capra called by the Greeks αγρινό, was brought to me for my painter to take a drawing of. I was assured it was an inhabitant of Mount Troas; though this animal had been sent to the Governor as a present from the coast of Syria.

There was nothing in the palace which indicated the magnificence and dignity of the Governor of so large and rich an island; but unfortunately for Cyprus, it is the appanage of the Grand Vazir, who obliges the Governor by measures the most oppressive to remit an annual revenue much exceeding the force and strength of its inhabitants under the present distressing circumstances.