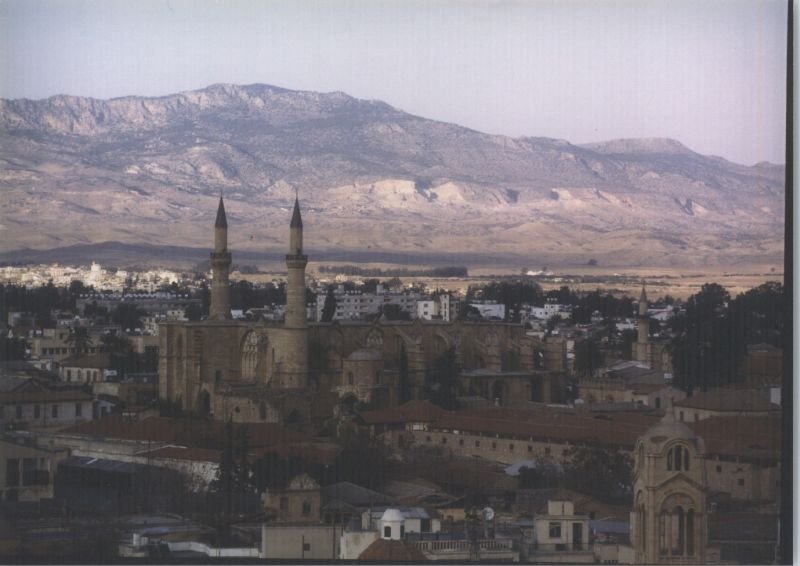 Colonel Benjamin Donisthorpe Alsop Donne of the Cyprus Pioneer Corps noted his impressions while riding through the mountains of Limassol:

Left Limassol on a round of Inspection in the District in the Limassol Nahieh, riding to Gelagi village and on to Heftagonia for the night. The scenery in the valleys and mountains round was very fine, and this part of the Island had been little visited before by anyone. We rode up a very fine valley to Aracapa, Atracko and Collochaco to Zobie where we rested. The Bishop of Kition was also here inspecting but I did not see his holiness as he was taking his siesta. The village was in gala, and the little church was flying the white flag in honor of the occasion. After a short rest for ourselves and the ponies we has to be up and off over the long and very mountainous road to Agro. We passed over a very breakneck road and had to lead our ponies most of the way to Ayayanni a picturesque little vine-growing village in a dell, and at last arrived at Agro the highest village in the mountains of Limassol. There is a Monastery here which is disused apparently, as we could find none at home but a decrepit old monk, who informed us that there was no bedding or food to be got, and that we had better go to the village the other side of the ravine. I shall always remember Agro village as being the worst place I have ever found Qtrs in. It would be difficult indeed to find a place more primitive or more cut off from the outer world. But there are many such in Cyprus high up in the mountains, where one would least expect to find them.