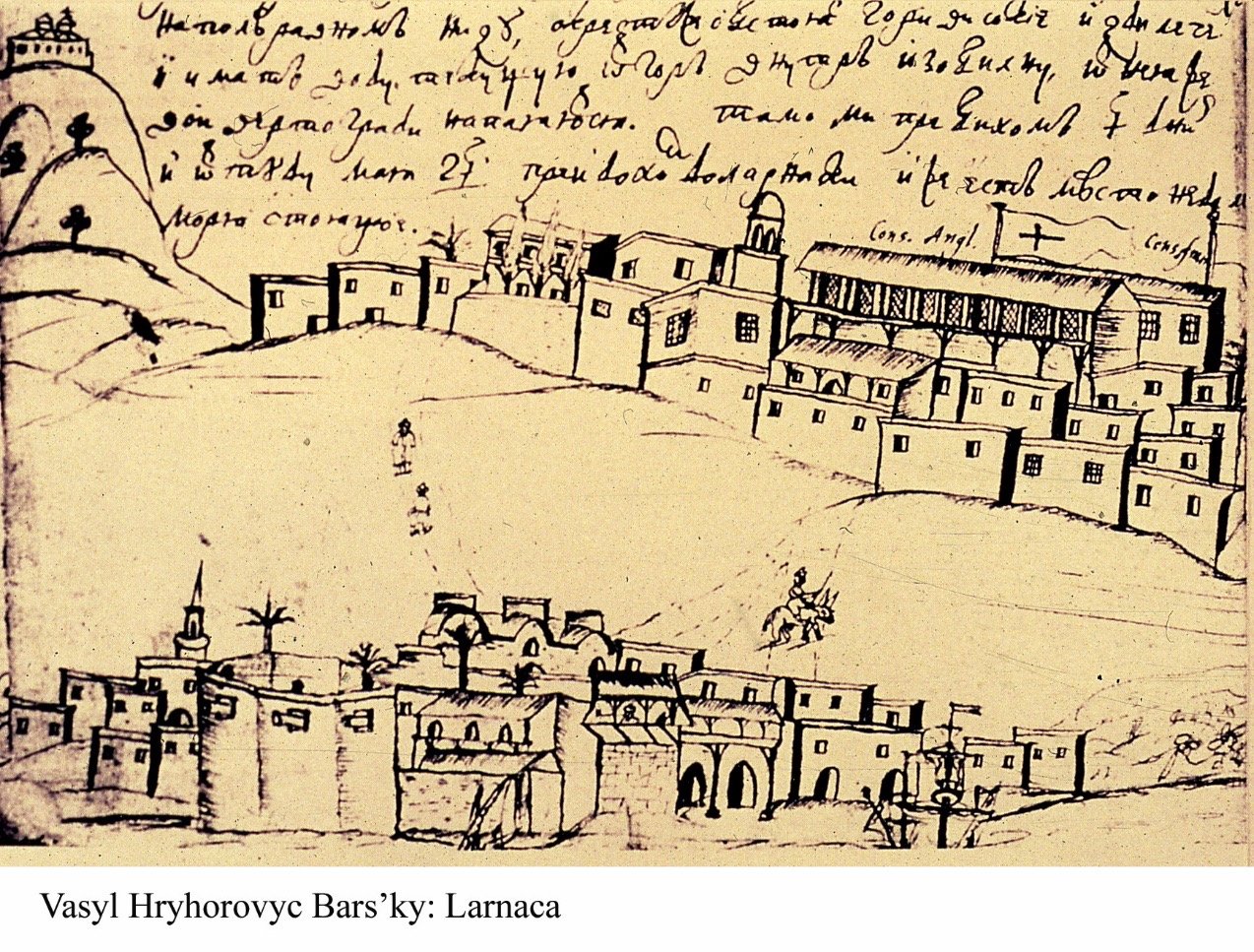 An early 18th century traveller, Vasyl Hryhorovyc-Bars’ ky, visited Cyprus on several occasions and left the most detailed account of the churches, monasteries and religious life on the island from the period, including the church of Saint Lazarus in Larnaca:

On this harbour is situated the church of Saint Lazarus. It is large and high, and built at great expense like an imperial palace. It has been accurately reported concerning this church that it was built by Saint Lazarus himself, the one whom Christ, Our Lord, resurrected from the dead in Bethany, after he had been dead for four days. The best evidence for this is that in that church, in the great altar is the tomb, recessed deeply into the ground, as if in a little cave. Into this the relics of Saint Lazarus were placed after he had died for a second time, after he had been a bishop on Cyprus (as it is testified to in his Vita). I have not heard where his relics are located, but the tomb until this day is in the church, and is honoured and venerated by Christians.