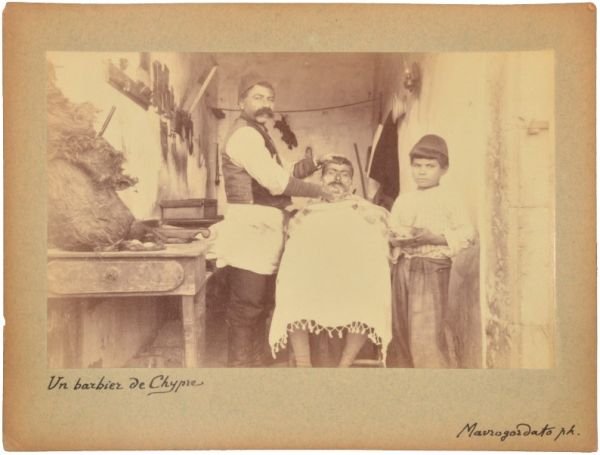 American missionary Lorenzo Warriner Pease wrote in his diary of his experiences on board a ship sailing towards Larnaca:

I had an opportunity to see the Greek method of shaving and washing the head. The captain, whose beard had not been shaven for many weeks first submitted to the operation. The noisy pilot came out with a leather strap, one end of which was placed in his belt and the other in his hand, which he used for sharpening his razors, which were truly wretched things and appeared more like cast iron than fine India steel razors. He then had a basin of hot water brought, which the captain held under his chin, while the pilot proceeded to moisten his beard by washing his face with soap and water rubbed on with the hand. He made no lather. He then shaved him with a razor, which I would never have used on my beard if I could possibly have obtained a sharp one. He also shaved the hair from the temples and forehead