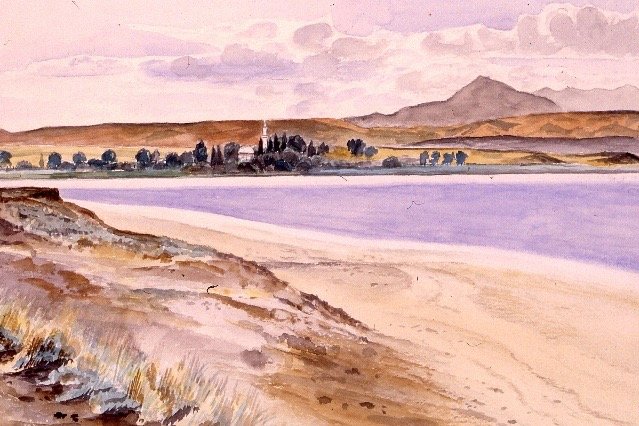 We passed by the Salt Lake, and observed that its waters have a reddish appearance since the salt has begun to be formed. Our wagoneer says that it always has this colour at this period of its formation; even the salt on the shore was reddish gradually however it becomes white. On the shore, it is about one inch thick, and its worthless. But in the middle it forms about three fingers thick i.e. as thick as three fingers are thick, not long. The mud is about 18 inches deep in the middle. The men and oxen who work here, taking out the salt, have sores formed on their legs from the acrid effects of the salt.

On our return, Mr. Charalambos and I went to Tekke on the side of the lake, where we were politely received by the superior of the monastery. It is extensive but going to ruin.