Alfred Westholm, member of the Swedish Archaeological Expedition to Cyprus, writing to his parents 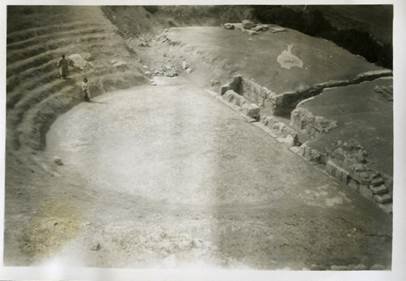 Alfred Westholm, member of the Swedish Archaeological Expedition to Cyprus, writing to his parents:

You write that Karl Sundberg is to come here. His reputation has far preceded him. What is more, the intended mining company lies here quite close by, that is to say by the nearest village Kapédes below the monastery, by car only three quarters of an hour from here. I got to know the director of the company already last winter, who visited the excavation at Vouni. Since then he has pursued both myself and Einar with his friendliness, especially when I lay ill recently at the George Hotel. Two Swedes have apparently already come here, Sundberg was to come somewhat later. Right in the area where they are to search for ore there are considerable ancient mines with huge slag heaps. These mines are believed to have belonged to the Cypriote kingdom Tamassos.