Alfred Westholm, member of the Swedish Archaeological Expedition to Cyprus, writes to his parents 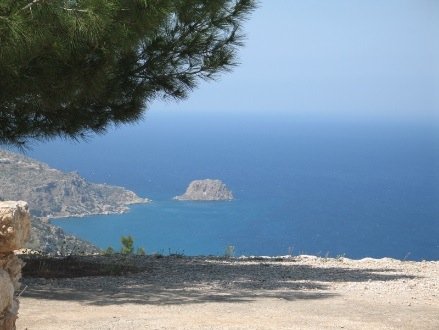 Alfred Westholm, member of the Swedish Archaeological Expedition to Cyprus, writes to his parents:

The Cypriote night is crystal clear, the moon has risen over the plain to the east revealing every detail in the landscape on the other side of the valley. Every mountain cleft, every blooming broom bush is clearly distinct, and the entire Karavostasi bay lies like a big plate of shining gold. Up on the summit of Vouni the yellow-white temple walls of Aipeia shine, and the whole place draws the beauty of the bewitching landscape to it, yet one wants to find solace for one’s melancholy of heart, when one seeks some hidden-away place down among the giant palace ruins. The shooting stars fire through the sky, but the wishes that always appeared in childhood at such a sight do not appear any more, for the imagination and the thoughts have no desire to deal with the future, only keep hold of the lightning-fast feelings and moods that are now – that have been. Vouni is like a living entity with hypnotic powers. Again and again one is coerced into the same thoughts in the same mood and in vain one tries to elude it. It is a tone, an atmosphere that stands above the normal feelings such as happiness and sorrow and the like, an atmosphere that one moment fills one’s senses with wonderful sweetness and in the next with a frightening eeriness. ---- The wind whistles its melody through the shiny leaves of the haroupia tree, but if one stares out at the moonlit, unrelentingly empty landscape with the bizarre, cut-up mountains, one’s thoughts begin to spin.