Alfiros, one of the Swedish excavators of the Swedish Cyprus Archaeological Expedition, could not hold back his joy upon the latest discovery at Vouni 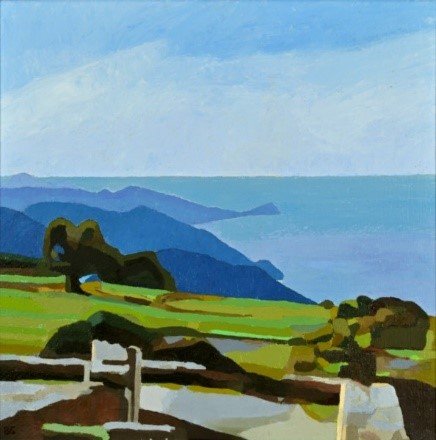 Alfiros, one of the Swedish excavators of the Swedish Cyprus Archaeological Expedition, could not hold back his joy upon the latest discovery at Vouni:

Inside room 99, Lazaros stood up on the edge with all the workers around him. Something had apparently happened, as all discipline (quite strict at Vouni) had to be abandoned for a moment.

Down in the trench there lay a large lump of terracotta half-buried under a great stone. I held my breath and turned the “lump” over...  Gazing up at me shone a large wonderful Archaic soul in the form of perhaps the most beautiful Archaic terracotta head in all of Greek art! I felt my heart beat faster, but all around me the hum and murmur of the workers enthralled and touched, γελάει ό Aλφείρος [Alfiros smiles]. Just what Einar wrote about me in a similar situation a year ago!

The head is life-size and has only a slight, negligible injury upon the crown. As an Archaic artwork, it is first class, and it is hard to take one’s eyes from it. Only a few hours after the head had been photographed and measured, other curious things began to become visible here and there in all of the trench walls.

We continued digging with the utmost caution and by nightfall, we had a whole row of statues of various sizes and materials. A part of a Niobe group (here on Cyprus?!), an Apollon Kitharoidos, in addition to many more. In the evening Ulla and I celebrated with a quiet party.