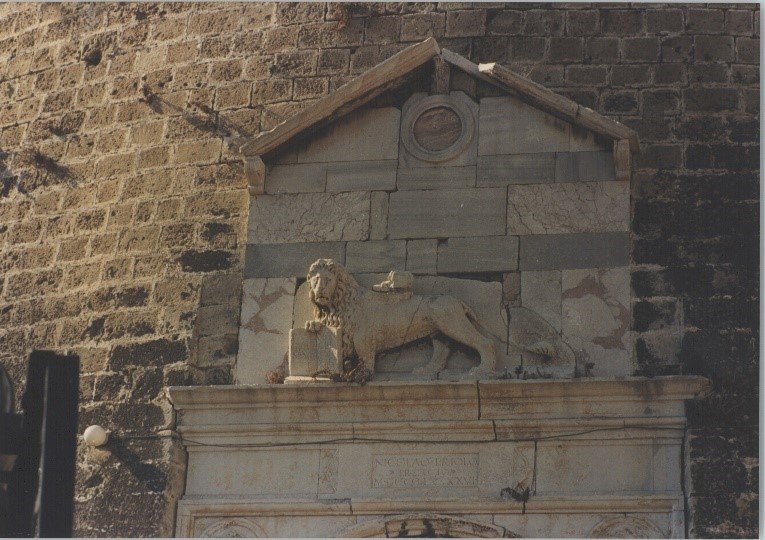 Through a number of delightful spots we came to Famagosta; and from Castro, where there are still cisterns, with the remains of a town and fort upon a little hill, I traced a causeway, made in the Roman manner, the whole way to Salamis, where we lost it for a while, and found it again, proceeding almost as far as the garrison, which we reached at noon, having travelled above nine hours that morning, with intention to stroll about the city after dinner. But the silly people of the country, being alarmed at my taking notes and making sketches, and especially at my looking often upon my compass, which they took to be a sort of divination, began to imagine we were people sent to reconnoitre proper places for descents, and observe where their greatest strength or weakness lay. These notions are circulated with incredible rapidity; and, like snow-balls, gather as they roll along: nay, they produced such a clamour at Cerinia, that the Cadi sent a message, desiring to know our business, and whither we were going. Our answer to this impertinent address, was, that we were in search of our pleasures, and he had no business to ask what they were… This wise magistrate was weak enough to inform the muhassil, that we were employed, by the Venetians, as spies; and that we had made drawings of the harbour, town and castle: in consequence of this impeachment, the muhassil sent for Signor Crutta, chief dragoman to the British nation, who happened to be at Nicosia, and questioned him touching this important matter; which Mr Crutta explained so much to his satisfaction, that he could not help laughing at the officious fool who had sent such intimation. Besides this accusation, we were exposed to other dangers; for people were actually sent to way-lay us; but one of them, having more consideration than his fellows, diverted them from their purpose, by representing that we were British subjects and friends to the government. These circumstances, simple though they seem to be, together with an expression which was dropped by a fellow as we passed by the side of the fossee of Famagosta, made us determine to avoid the risque of being insulted in the town, which both of us had seen before: we therefore turned aside into the garden, where I had formerly lodged; there we refreshed ourselves with good meat and drink, and cooled our half-burnt carcases in the shade, from whence we did not stir that whole afternoon; but next morning set out for Larneca, where we arrived in safety, without having seen any other thing worth mentioning; except large tracts of fine land, which lie quite uncultivated.